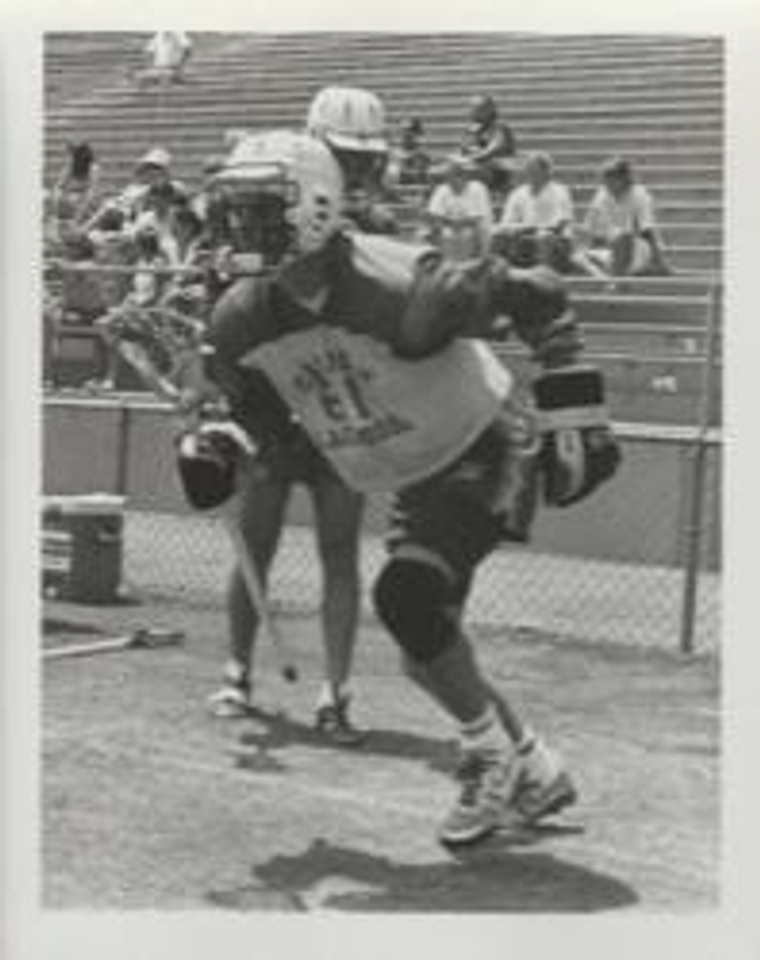 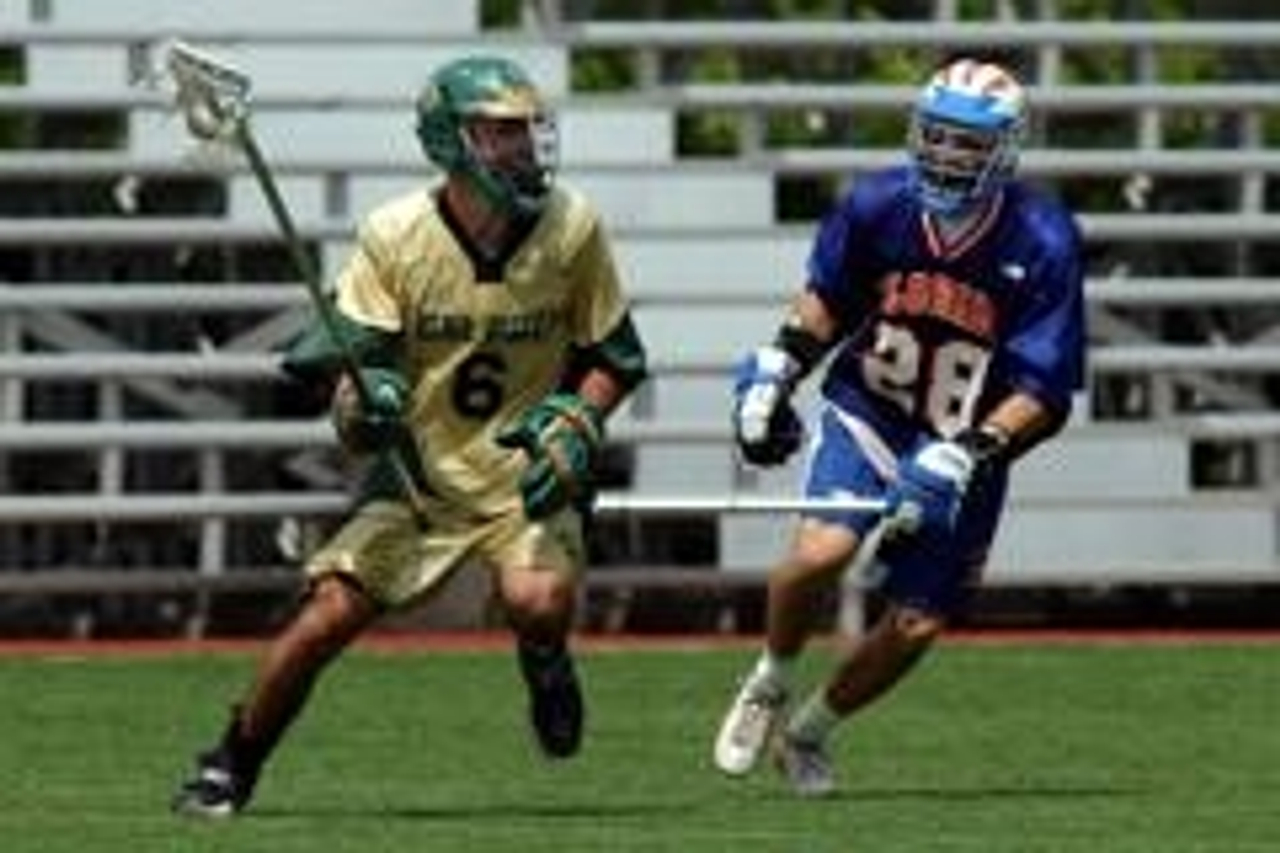 Aaron Myers at the 2003 National Tournament. 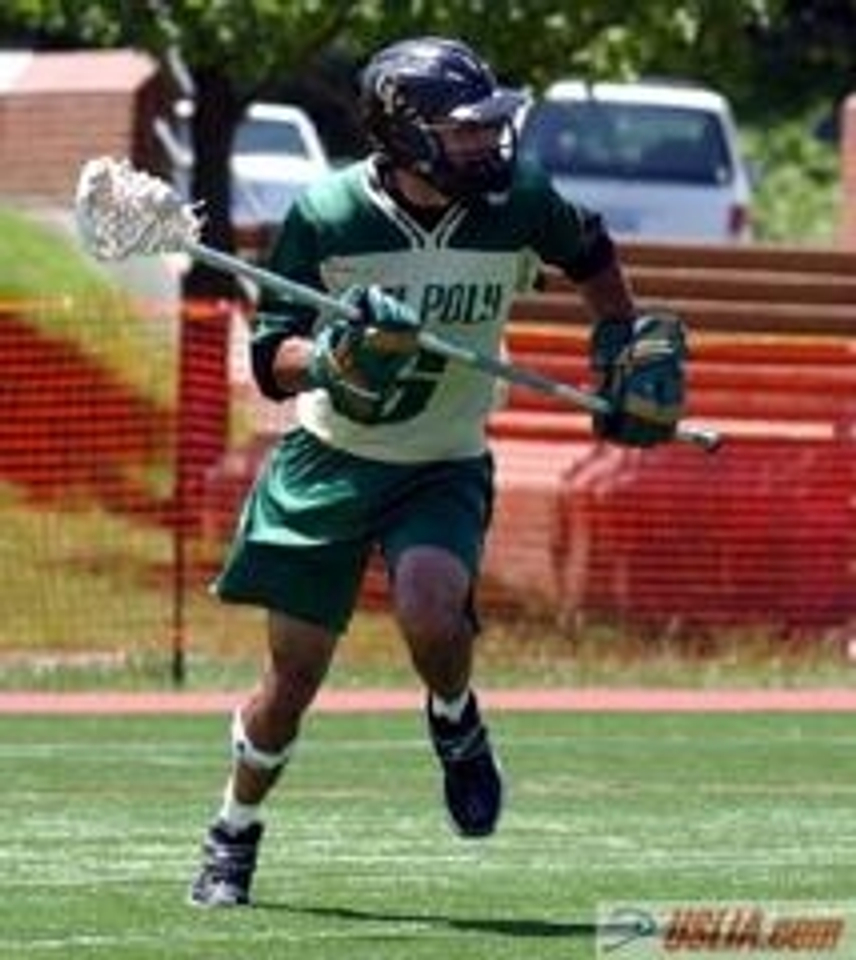 Aaron taking the ball upfield at the 2004 National Tournament

Hailing from Yorktown High School in New York, one of the most well renowned high school lacrosse programs in the country, Mike provided an immediate impact when he joined the team in 1990. He helped shape a misfit crew of inexperienced lacrosse players into a much more cohesive unit and provided tremendous leadership both on and off of the field.

Mike was a complete midfielder who led the team in nearly every statistical category. Besides being the team’s main offensive goal scoring threat, he played tremendous defense, could run through traffic to gather up a tough ground ball, and dished out assist after assist to the attack and his fellow midfielders.

The list of Cooney’s accomplishments is extensive. He was named captain in three consecutive seasons (1991, 1992, 1993), an accomplishment that has not been duplicated since his graduation. He led the team in scoring in both 1992 and 1993, and was also named the team’s MVP in both of those seasons. Mike received WCLL All-League honors in 1991, 1992, and 1993. The league honors in 1991 and 1992 were especially impressive since at that time the league had only one combined all-star team for both Division 1 and Division 2 teams. It was rare for players from Division 2 teams to be awarded All-League honors, and Mike earned that honor twice before the league created a Division 2 All-League team in 1993.

Mike was also instrumental in the program’s overall success off of the field as well. He served as the Team President in 1991, and worked tirelessly to help find new coaches and keep the team on track when the head coach departed mid-season.

(2001 – 2004 player; 2005 – 2006 Assistant Coach; 2007 – 2008 Head Coach): It is our great pleasure to announce the induction of Aaron Myers into the 2015 class of the Cal Poly Lacrosse Hall of Fame. Aaron is unquestionably one of the best defenseman in program history and one of the most influential people to have been involved with the program. When Aaron joined the program in 2001, he brought an intensity and passion for the game that helped propel the program to new heights. Aaron was more than just a tremendous defenseman. Besides routinely drawing the assignment of covering the opponent’s best attackman, he helped anchor the clearing game, sparked the transition offense, and was the vocal leader of the defensive unit.
Aaron earned a host of honors for his abilities and his dedication. In 2001, he was named the team’s Rookie of the Year. He was voted as a team captain for both his junior and senior seasons, as well as the team’s defensive MVP after the completion of his junior year in 2003. In his sophomore season in 2002, he earned 1st Team WCLL All-League honors and was also named 3rd Team USLIA All-American. He was named to the 2nd Team WCLL All-League team in both 2003 and 2004, and was also named to the USLIA All-American Honorable Mention squad those two years.
As soon as his playing career ended at Cal Poly, Aaron stepped right into a key coaching role for his alma mater. He was the defensive coordinator in 2005 and 2006 and took over the head coaching role for the 2007 and 2008 seasons. In his two seasons at the helm, Aaron compiled an overall record of 17 – 14 and laid the groundwork for the program to continue its ascent into one of the top MCLA teams in the nation.
Aaron’s commitment to the game of lacrosse and promoting the sport on the West Coast has continued even after he left the sidelines at Cal Poly. Aaron has been a member of the Western Collegiate Lacrosse League executive board since 2008. He served as the league’s Vice-President from 2008 – 2013, and was named to his current position as the WCLL league president in 2013. 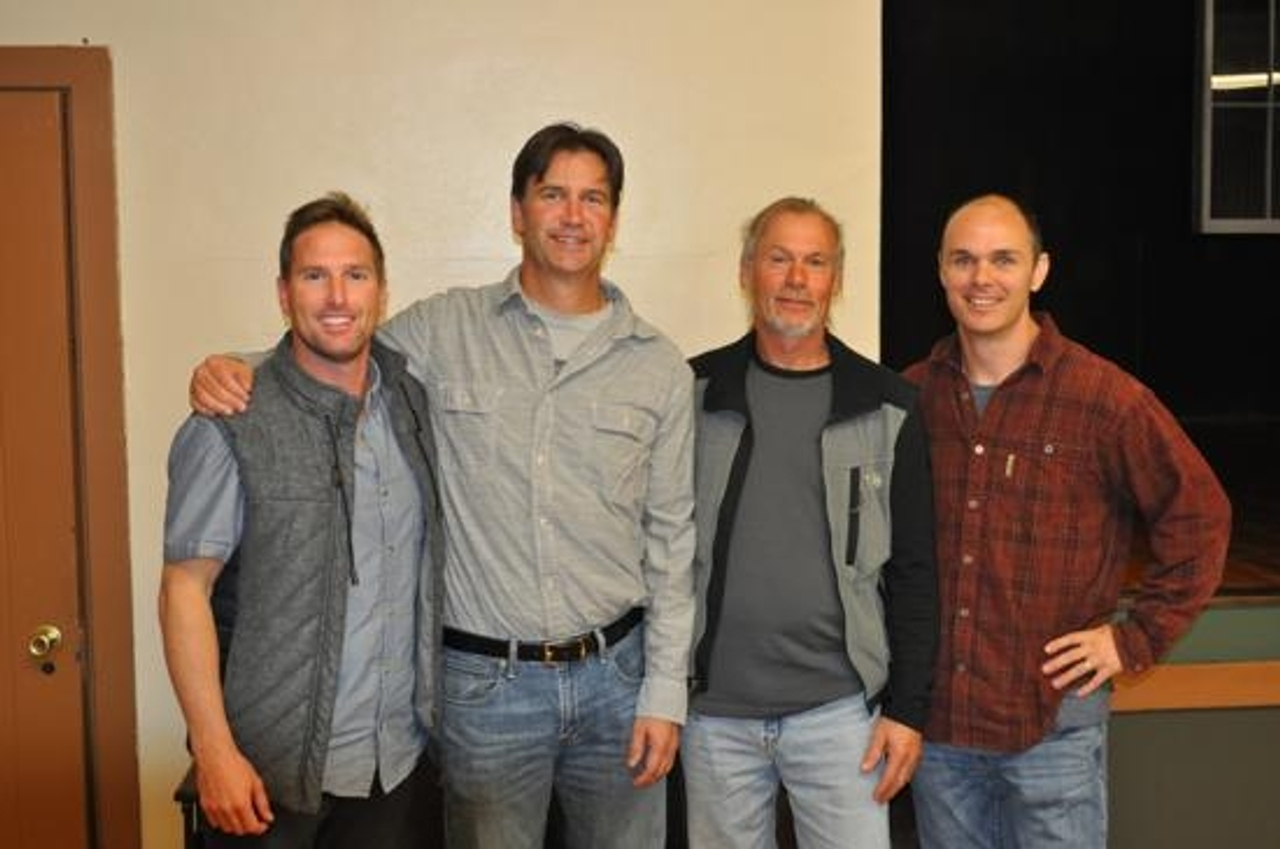