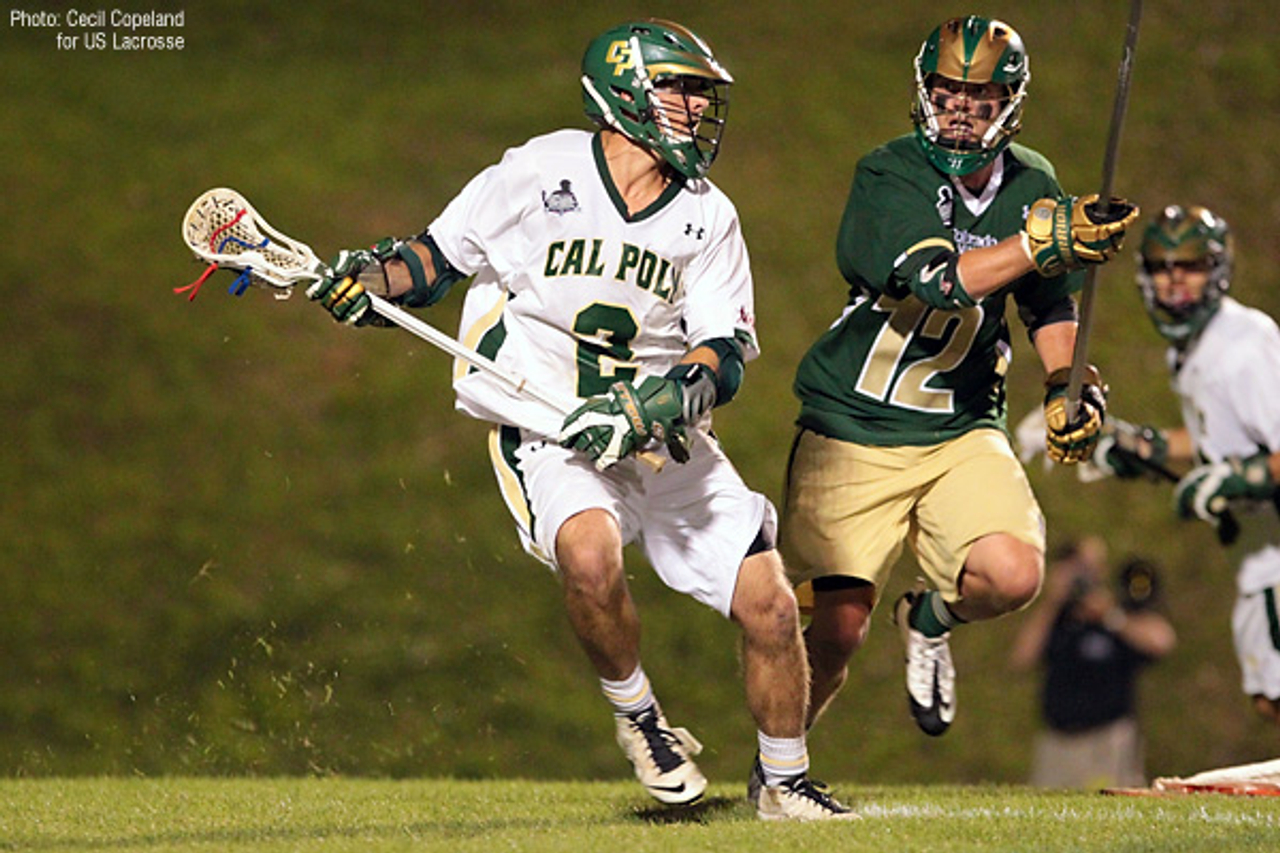 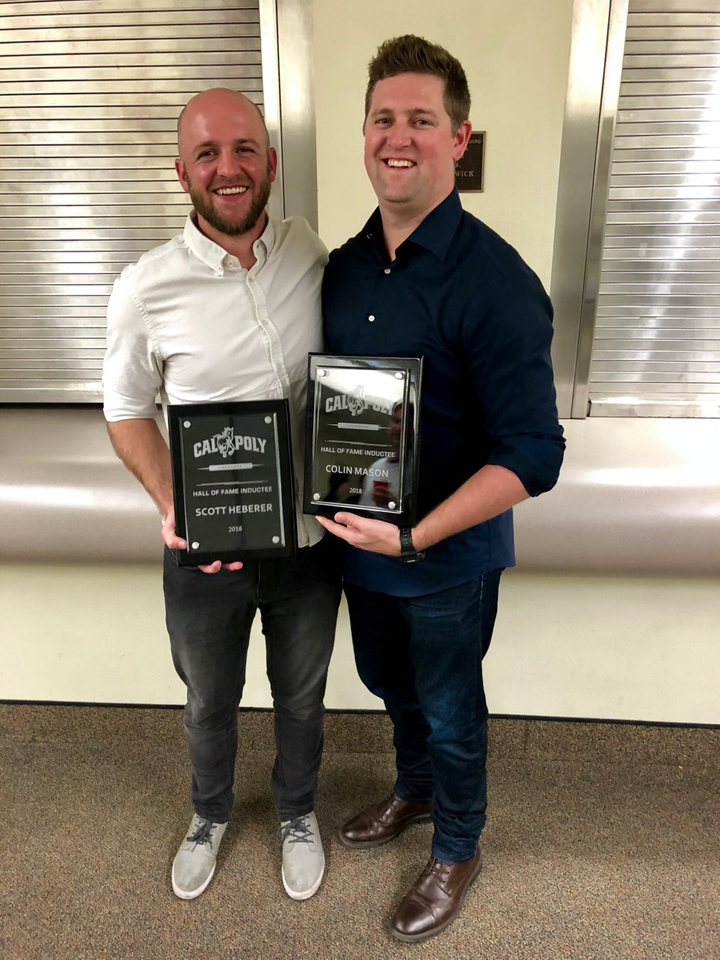 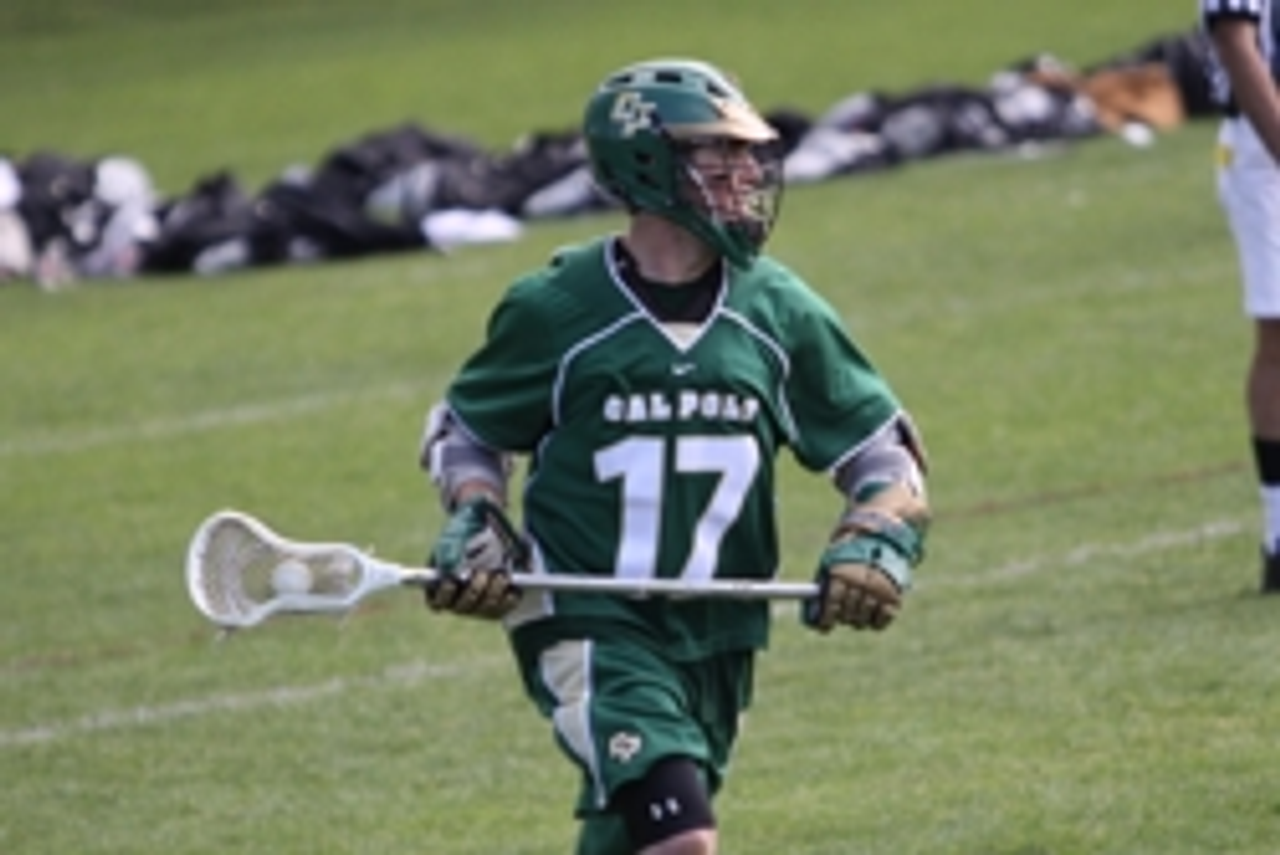 Scott Heberer (2009 - 2012): Scott was a dynamic offensive force and a fierce competitor who led the program to four straight WCLL league titles and the MCLA National Championship game in 2012. Scott was incredibly productive on the offensive end and amazingly consistent throughout his career, and at the end of his four seasons, he walked away with more accolades than any player in program history and sitting alone atop both the Mustang and WCLL career record books.

In his freshman and sophomore seasons, Heberer primarily played midfielder running on a line with fellow Mustang Hall of Famer Matt Rudow. He provided a significant offensive punch to a team that already had a stellar attack unit. In Scott’s rookie year, he was the team’s leading midfield scorer and the fourth leading scorer on the team. He displayed his versatility from the very beginning, combining his scoring prowess and offensive understanding with excellent defense and a hard-nosed presence both riding and clearing in the open field.

As a sophomore he tallied an incredible 24 goals and 19 assists from the midfield position, displaying the field sense and balanced scoring that would become this hallmark. His talent and productivity were now being noticed by the rest of the league, as Scott was named 1st Team WCLL All-Conference midfielder after his sophomore season.

In his junior year, Scott moved to the attack line and his already successful playing career skyrocketed as he utilized his balanced, versatile abilities with an incredible field sense to torch opposing defenses regardless what they threw at him. The accolades poured in as Scott consistently tore through opposing defenses displaying a unique combination of one-on-one scoring ability and tremendous vision and feeding ability. He was the ultimate matchup nightmare and if a defense decided to try and shut down his scoring, Scott simply shifted gears and focused on feeding his teammates with a balance and vision rarely seen in the WCLL. One of the biggest beneficiaries of Scott’s move to the attack unit was his high school teammate and shooter extraordinaire Matt Graupmann. Scott and Matt had played together at Poway High School in the San Diego area, and with Scott drawing a lot of the defense’s attention, Graupmann gobbled up the goals from Heberer’s assists. The duo worked like a well-oiled machine, and if Scott drew a double team, as he often did, you could count on him to find Graupmann open on the high crease for a connection that begun years before during their time at Poway High School.

In his junior year, Scott re-wrote the record books finishing the season with an eye opening 92 points (43 goals, 49 assists). He was named 1st Team WCLL All-Conference attack and earned the leagues Offensive Player of the Year award, as he dominated the league record books surpassing the 2nd leading league scorer that season by twenty points. He was also named to the 2nd Team MCLA All-American team.

Scott’s offensive onslaught continued during his senior season, as he again led both the Mustangs and the entire WCLL in scoring. Scott was named to the 1st Team WCLL All-Conference team and earned the WCLL’s Offensive Player of the Year award for the second season in a row, the first time a player had earned the WCLL’s most valuable player two years in a row. On the national level, Scott was named a 1st Team All-American and was also awarded 1st Team All-Tournament team as he led the program to our first ever national championship game.

By every measure, Heberer is one of the greatest offensive players in Cal Poly Lacrosse history. His combination of scoring ability, feeding ability, vision, and understanding of the game is unparalleled in program history and we are proud to induct him into the Cal Poly Lacrosse Hall of Fame.

Colin Mason (2006 - 2010): Colin was a creative playmaker and a potent offensive force that wasn’t afraid to take risks and challenge the status quo. By the time Colin hung up his cleats at the end of the 2010 season, he had led the program to its first two WCLL titles and retired as the Mustang’s all-time assists leader.

Mason’s rookie year was in 2006 where he stepped into a starting role as a counterpart to one of the most dynamic attack units in Mustang program history. With veterans Tim Casey and Seth Kweller as his linemates, Colin emerged as a stellar feeder and a dangerous outside shooter. Colin finished the season with 35 total points, the team’s 3rd leading scorer behind Casey and Kweller, and was a key member of a Mustangs team that won their first game at the MCLA National Tournament and finished the season ranked nationally in the Top 10.

In his sophomore season, Mason excelled while taking on an even bigger offensive role with the departure of fellow Hall of Famer Tim Casey. Along with Kweller, Mason shouldered the bulk of the offensive burden throughout the 2007 season and finished the year with an incredibly balanced 49 points on 25 goals and 24 assists. Colin was awarded the Team MVP award and set the stage for his final two seasons at Cal Poly.

After taking a year off to study abroad, Colin returned for the 2009 season and took his game to an entirely new level. With an outstanding group of underclassmen teammates in freshmen attackmen Matt Graupmann and Olivier Schmied, freshman midfielder Scott Heberer, and sophomore midfielder Matt Rudow, Colin was able to focus on his greatest talent as a visionary feeder and an offensive initiator. Mason ended the year with his best statistical season, pouring in 21 goals and notching 41 assists while leading the team with 62 points. More importantly than the gaudy stats, Colin served as the focal point of an offense that had its best season in program history and earned the Mustangs’ first ever WCLL league title. Colin was not only named the Team MVP for the second time, but he also was named to the 1st Team WCLL All-Conference squad.

In 2010, Colin finished off an incredible career with another high-flying season. After being voted by his teammates as a captain, Mason once again led the team in scoring, finishing the season with 18 goals and 34 assists. Despite drawing the opponent’s best defender on a weekly basis, Mason managed to use his understanding of the game, creative instincts, and unparalleled vision to lead a dominant offense that went undefeated in league play and took home its second straight WCLL title.

Colin ended his Mustang career with 198 total points, including an incredible 120 assists and remains the program’s career leader in assists. He was a dynamic offensive presence, who was always ready to thread a well-placed feed into a tight spot that opposing defenses simply could not defend. He helped raise his teammates level of play and led the team to some of the program’s most successful seasons. It is with great pleasure and admiration that the Hall of Fame Committee announces Colin Mason as a 2018 inductee into the Cal Poly Lacrosse Hall of Fame.