Matt Graupmann (2009 – 2012): The most prolific goal scorer in Mustang program history, Graupmann was a four-year starter at attack and a key member of the squad that won four consecutive WCLL Championships and nearly won a national title. Hailing from San Diego, the Poway product was a lethal outside shooter with a tremendous understanding of the game and an uncanny ability to get open on the crease. Matt ended his career with an astounding 190 goals, with many of those coming in crunch time when the game was on the line including several game winners and clutch overtime goals. Matt’s awards and accolades throughout his career were numerous and included being named as a two-time 2nd team WCLL All-Star, an Honorable Mention All-American his senior season, as well as team captain and the team’s Offensive MVP in 2012. 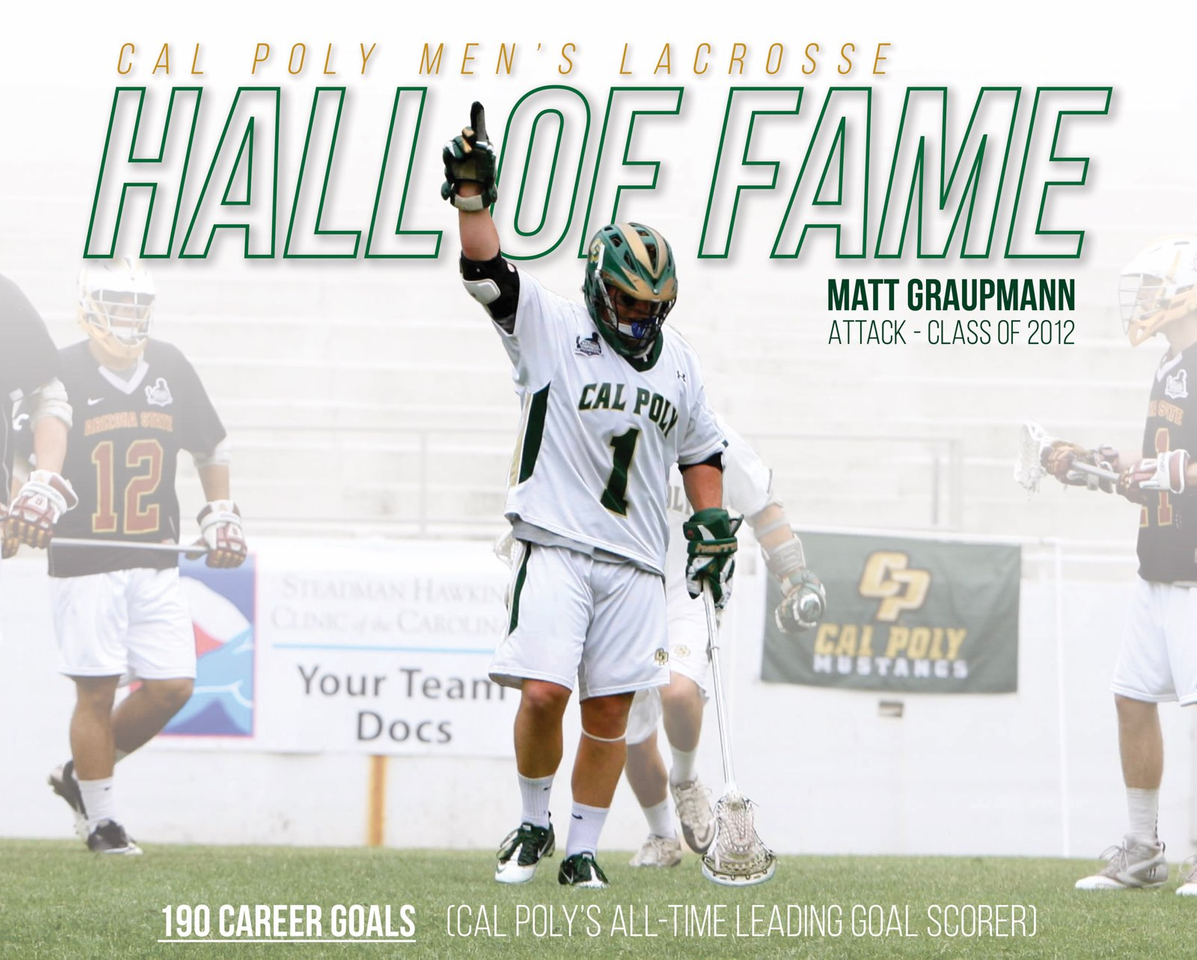