Many thanks to Manfred Zorn, Scott Carter, and Glenn Fujinaka for all of the amazing photographs from the 2012 season!!!

The Cal Poly Lacrosse team named seniors Tim DeSimone, Matt Graupmann, and Bowen Dunnahoo-Kirsch as captains for the 2012 season on February 1, 2012. Each player was selected by their current teammates to represent them as leaders on and off the field.

“I consider it a great honor. It means a lot to have your peers vote you in as a captain and to consider you a leader,” said Dunnahoo-Kirsch. “It’s also very humbling because I consider a captain to be a foundational strength on and off the field, and that is how I try to behave. I have always looked up to the previous captains and considered them great assets and friends. I hope my selection is reflected of the same.”

Along with the title of team captain comes a responsibility that DeSimone said he is looking forward to.

“I am most excited about bringing the best out of all my teammates,” said DeSimone. “I think it is my responsibility to push my teammates and, in turn, have them push me. Competition is key for our success.”

Competing as a team player is vital in bringing wins to a club, but in addition, all three captains said they plan on using their titles as a tool to benefit the team as a whole.

“As a captain I want to make sure that we get the most out of every practice. If everyone on the team is pushing to become better every practice then my job is done,” said Graupmann. “If we get our job done on the practice field then it will translate to our games. I think we have a squad that can really make some noise in the MCLA.” 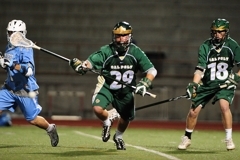 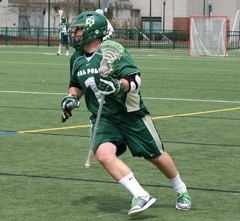 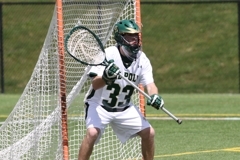